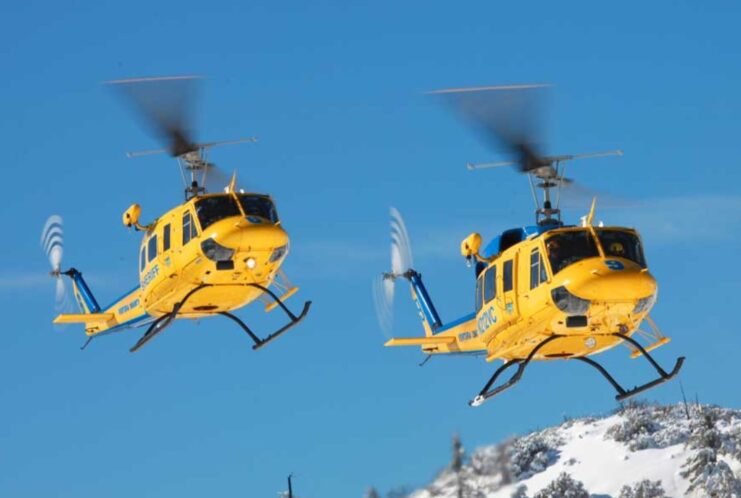 Since 1971, when the Air Unit came into existence, its fleet has grown from one Bell-47 helicopter to four Bell helicopters (commonly referred to as “Hueys”) inclusive of one HH-1H, one UH-1H, one 205B and one 212.

The Aviation Unit flies diverse missions including, but not limited to:

The flight crews are supplemented on medical/rescue missions by highly qualified medical personnel consisting of physicians, nurses, and paramedics.